Link: Earth From Above comes to NYC – The Big Picture – Boston.com. 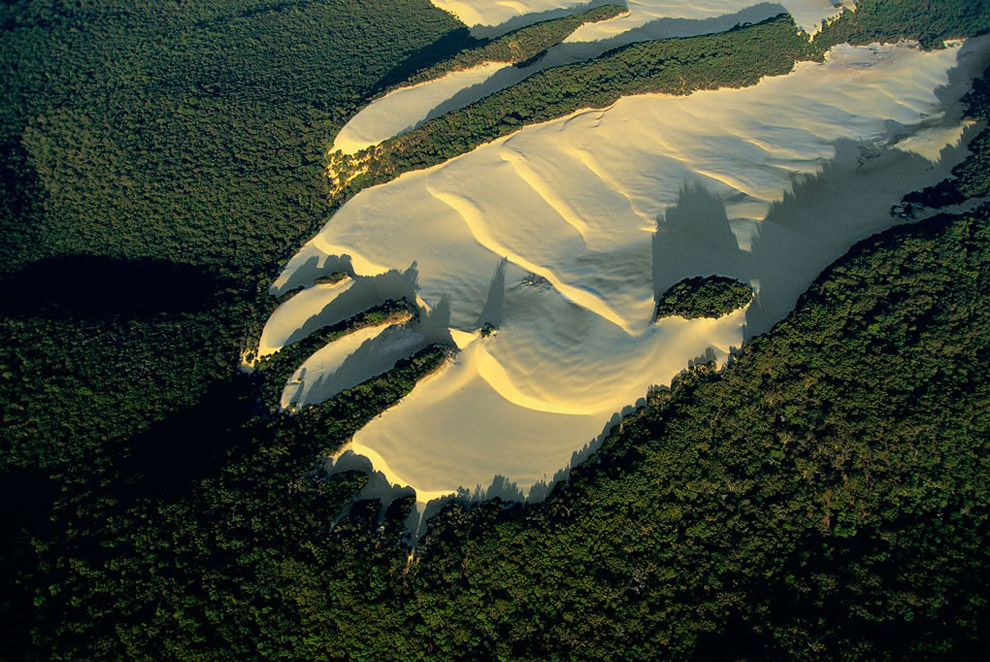 Sand dune in the heart of vegetation on Fraser island, Queensland, Australia.

Fraser Island, named after Eliza Fraser, who was shipwrecked on the island in 1836, is the world’s largest sand island. On top of this rather infertile substratum, a humid tropical forest has developed in the midst of which wide dunes intrude, moving with the wind. Fraser Island has important water resources, including nearly 200 freshwater dune lakes, and has varied fauna such as marsupials, birds, and reptiles. Welcoming 200,000 visitors a year without damaging the local fauna and flora is a real challenge to sustainable development on the island, which was declared a World Heritage site by Unesco in 1992. [map] (© Yann Arthus-Bertrand) #